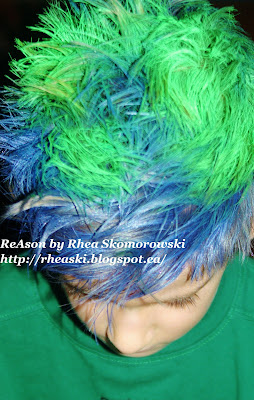 I warn you, this is a long post with plenty of photos. I strongly recommend opening a large bag of chips and making it break time. 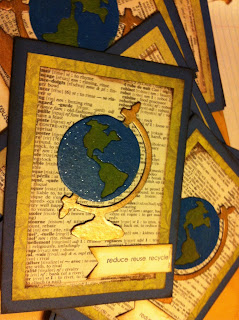 Domonik is a fan of the BBC Earth documentary series and other related documentaries. He is conscious of nature and a loving boy. For his party we decided on a Planet Earth theme, not the easiest topic, even with all the great Earth Day Party ideas on Pinterest. For those of you who already follow me, or want to check out my inspiration I have a board with the Earth Birthday ideas and inspiration with the sources, please check it out and give the credit where due :)  Not all of the brilliant ideas work in Canada during February, but we made do.
We re-used a lot of the party supplies from Bella’s party last month, and I’m sure we will find another use for them again. The paper plates were an eco/biodegradable type. We did use real dishware as often as possible, but remember these were 8-year old boys I was expecting. I (Warren) taped old newspaper to the backboard (See Bella’s party post), and painted it with Crayola paint in a couple of blue hues. The tablecloth from Bella’s paint table became a swag decoration, layered with my photo prop curtain, and yarn still on the roll with the bulk of it hidden behind. 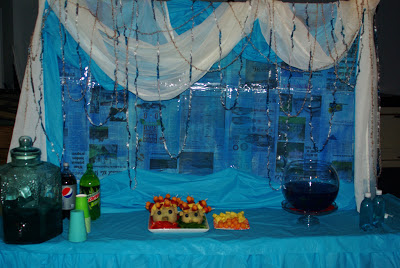 The food was the easiest way to decorate (yes you read that correctly). I found the cantaloupe puffer fish and knew they had to be made. We had planned on a watermelon shark; however we couldn’t find one as big as the cantaloupe, just too small. We borrowed Mom’s fish bowl style punch bowl, I set it on a cake pedestal, and went to work with blue Jell-O. If I had actually read the Pin on this I am sure I would have caught the mistake I was about to make. I used Berry blue Jell-O, 10 freaking packs since the bowl was massive. It made for very dark ‘water’. If I had to re-do I would have found a clear gelatin to mix with it to lighten it up. Don’t put the fish in until party time. My mother has a fantastic dishware selection, and the giant glass punch dispenser became Iceberg central (sorry, very hard to get a good snap of it). 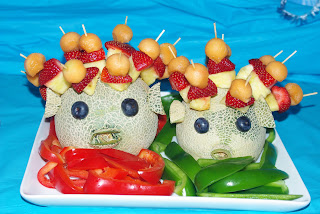 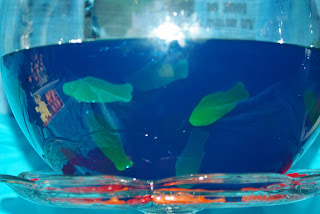 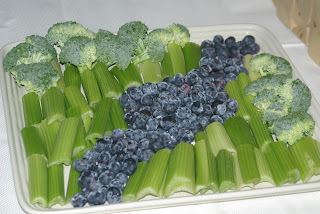 The best Pinterest pin, the Rice Krispie treat earth pops. With a variety of allergies I wanted something that everyone could have. This was it! It was easy to do, the original pinner used a pan I didn’t have and wasn’t about to buy. I greased a muffin tin and used it as a mould. Perfect.  I have no tutorial photos as I was home alone and wearing shortening covered gloves. Warren (the cleaner) can handle when I leave greasy handprints on the cupboard door, but the camera I think would have been a bad one. I placed newspaper in the bottom of some cans wrapped in twine and yarn, placed parchment paper over top and set the sticks inside. Dear Santa, if you are reading this I need a can opener like my Aunt G. She kindly kept her cans for me since her opener from Tupperware unfolds the can as opposed to cutting. No sharp edges. 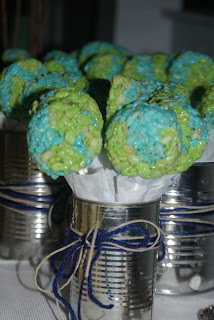 The cake. I had wanted to do something really cool, yet Domonik is a tricky one. He is very appreciative of what I do for him, but has a keen eye. Last year’s Death Star had a minor imperfection; I was notified right away. It’s totally my fault I am sure…on to the cake… He decided on a volcano. We looked and found many photos, but nothing he really felt he wanted. So we searched real volcano photos and he picked his inspiration from there. I baked a 9” square cake and a Bundt cake, which I cooled and froze. The base was the round, then I random cut the square to form mountain peaks, attached with skewers and decorated with icing. The easiest cake I have ever made him. He loved it! 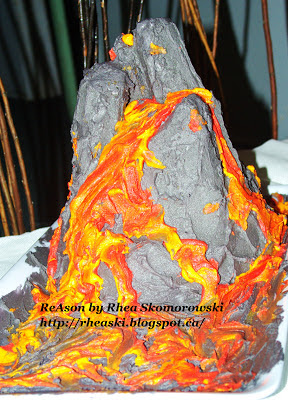 At the beginning of January we made self-watering pop bottle planters (I really use a lot of Pinterest) and planted 2 types of basil. The leftover paint water cups from B’s party became the base for our grass heads. Warren and I cut pantyhose to place seeds and dirt in, layered pebbles in the cut and set the ‘hair’ to grow. At the party the kids were encouraged to draw faces and style the grass hair. This was more popular with the girls. I made water bottle bowling pins, and it was a hit with the boys. We played a game based on the Minute to Win It fish game; we called ours “Save the baby Gannets.” It was so funny watching them try to keep the tissue paper bird from hitting the floor. 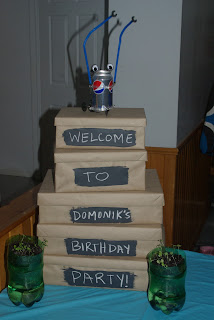 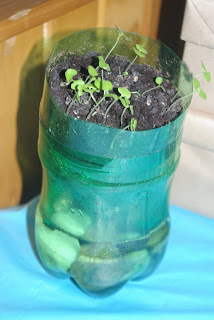 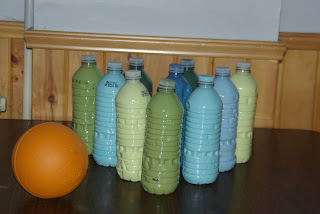 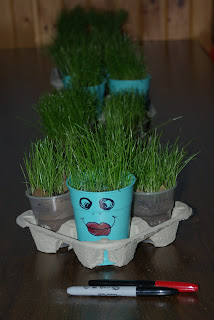 Domonik and I knew right away the loot bags would be reusable tote bags, made by me. Filling them was the hard part. We came across this pin, and I knew I had tripped over enough of those little toys in my house to make one for all the kids. I cleaned them with wipes, inserted an eye hook, then primed and painted. We originally planned to add shrunken chip bags to each one, but he changed his mind. Luckily I got to eat said chips first. I had some Cricut Magnet sheets at my house, some kraft paper, and a Xyron glue runner. My friend Cheryl Ashworth sent me some great Stampin’ Up! Recycling themed stamps, they fit perfectly. It was difficult to stay in theme and have something kids would like. I was going to buy note books, but I have a large supply of scrapbook paper on hand that will probably never make it to a layout. I bound it with a scrap of t-shirt yarn from another project. The Seed paper was a family project, definitely needed extra hands on that one. 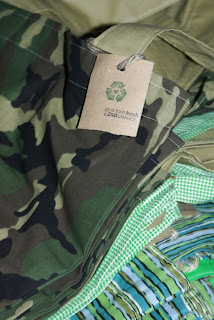 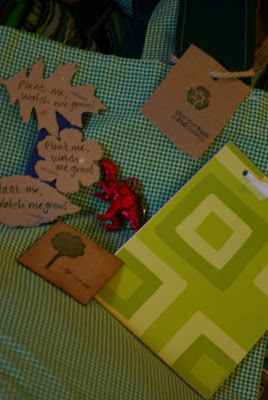 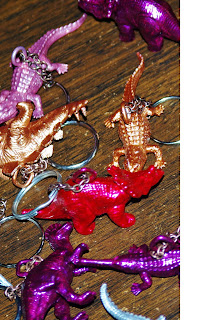 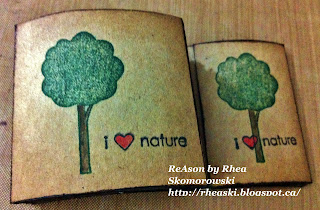 This may seem like a lot of work to some people (trust me it was!) and wonder why I bother. I get the “now how are you going to top that next year?” and to that I say: It isn’t about topping his party (or anyone else’s for that matter), it’s about his memories and happiness.

Hey there! Thanks for visiting, I'd love it if you left a comment. 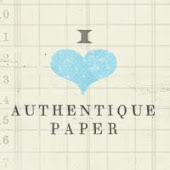